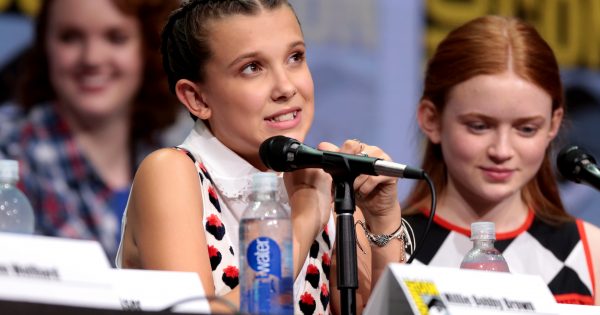 The Hairdorables are not only big on hair play but LOVE all things fashion and style! With different outfits to collect for the girls, we’ve taken a look at who has the best style at the moment in the celebrity world! Check out our top 5 below!

1. Millie Bobby Brown
a. Fourteen-year-old actress Millie Bobby Brown has worked her own inner styling onto the red carpet many a time. With her young age being such a factor, it’s refreshing to see her keeping her youth with pigtail bun hairstyles and converse with dresses.

2. Camilla Cabello
a. The 21-year-old singer has an Instagram following of 18.1 million, and has been inspiring shoppers with her off-duty style.

3. Emma Watson
a. Since earning herself mega-star status playing Hermione Granger in the Harry Potter films, Emma has become quite the fashion and beauty muse. The actress is admired for her take on preppy off-duty style and every changing hair as much as she is for her faultless red carpet appearance.

4. Victoria Beckham
a. She may have entered the cultural lexicon back in the 1990s—first as a member of the bubblegum-pop phenomenon the Spice Girls, then as the wife of the lady-killing football player David Beckham—but Victoria Beckham only truly earned her nickname when she took to the London catwalk for designer Maria Grachvogel in February 2000, sporting hot pants and a flamenco dress. Since then, Beckham has emerged as one of the most unexpectedly serious fashion contenders in recent memory. It is her ever-increasing cred as a designer-entrepreneur that has lifted her above the “pop singer creates a fashion line” fray.

5. Blake Lively
a. Blake Lively has come a long way since finding fame as Serena van der Woodsen in television’s Gossip Girl. Graduating seamlessly from the small screen to the big screen, she’s in the process has become a regular fixture on best dressed lists for her red carpet style. Something of a fashion world darling, she’s been a regular on the front rows of New York Fashion Week, starred in a Chanel campaign and was named the face of Gucci’s Premiere fragrance in 2012.