With the release of the Disney’s The Lion King movie on the 18th July 2019, shops have been stocking lots of gorgeous products. Here is a peak at our favourite official movie merchandise for one of this year’s most anticipated films. The choice wild!

Disney’s The Lion King Storytime Collection book – RRP £9.99
Unless you’ve been living under a rock, or should we say Pride Rock, then you’ll know of the tear-jerking story of The Lion King. It has it all, from dramatic and emotional scenes to elements of comedy and above all, great animation and music! Now little ones can discover the magical world of Disney in this collectable series of timeless tales from the world’s most popular animation studio. The birth of lion cub and future king Simba is a time of huge celebration, but his wicked uncle, Scar, is determined to make sure Simba never claims the throne. Tricked by Scar into thinking that he killed his own father, Simba flees (get the tissues at the ready!). In the wilds, he meets two new friends and discovers the meaning of Hakuna Matata, but what will it take to make him return to Pride Rock and claim his rightful place on the throne?

Flair Roaring Simba – available from Argos and Sainsbury’s for £39.99
Disney’s The Lion King Roaring Simba plush toy roars and says movie phrases while his head and mouth move. It’s all motion-activated, so just wave your hand in front of Simba’s face to hear him roar or say, “I’m the future king!” Little kids are going to love hearing Simba talk and watching this cute plush move. It really helps bring the character to life and enhances the imaginative play for fans of the new movie. 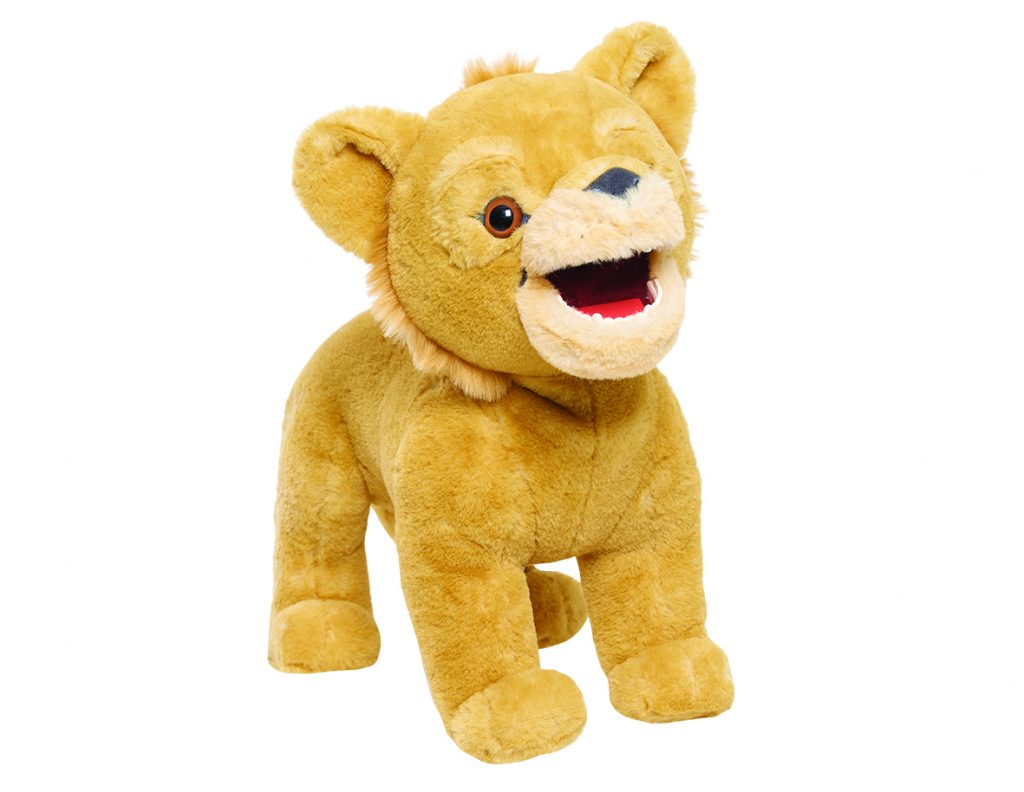 Disney’s The Lion King™ Short Pyjamas– with sizes available from 1-7 years. Prices start from £11-£13
Hakuna Matata! Kids will love the look of these short pyjamas, featuring a sleeping Simba from The Lion King™, a frilled hem on the top and an all-over geometric print on the shorts. These Lion King™ pyjamas are made from cotton to keep them comfy and cosy throughout the night.

Which of these will make it home with you this summer? Let us know by commenting below.

Win a bundle of autumnal goodies for your little one to enjoy!
ENTER