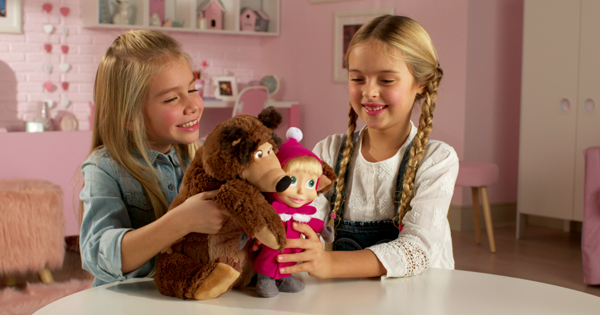 This week, we’re joined by toymaker Simba Toys UK who is bringing you a fortnight of fun with the Masha and the Bear Toys Takeover!

Masha and the Bear is the children’s animated television series, which focuses on the adventures of a smart but mischievous little girl named Masha, who loves to explore the world around her, and her kind and caring friend, the Bear.

Needless to say, for fans of the smash hit show, the Masha and the Bear toy collection remains a super popular choice for birthdays, Christmases and those just because moments! Packed with show to shelf appeal, this loveable range includes a fabulous selection of Masha Dolls, as well a cute variety of Bear Plush toys, collectables and playsets.

Know a little one who can’t get enough of the show? Here’s our rundown of the adorable Masha and the Bear collection…

From the Masha doll range, the 23cm Masha Doll remains a top pick! This beautiful, soft-bodied doll comes perfectly styled like the character from the show, giving it instant appeal for fans of the series. Whether they imagine adventuring with the wise old Bear or make up their own storylines, little Masha fans are sure to love this special 23cm doll. 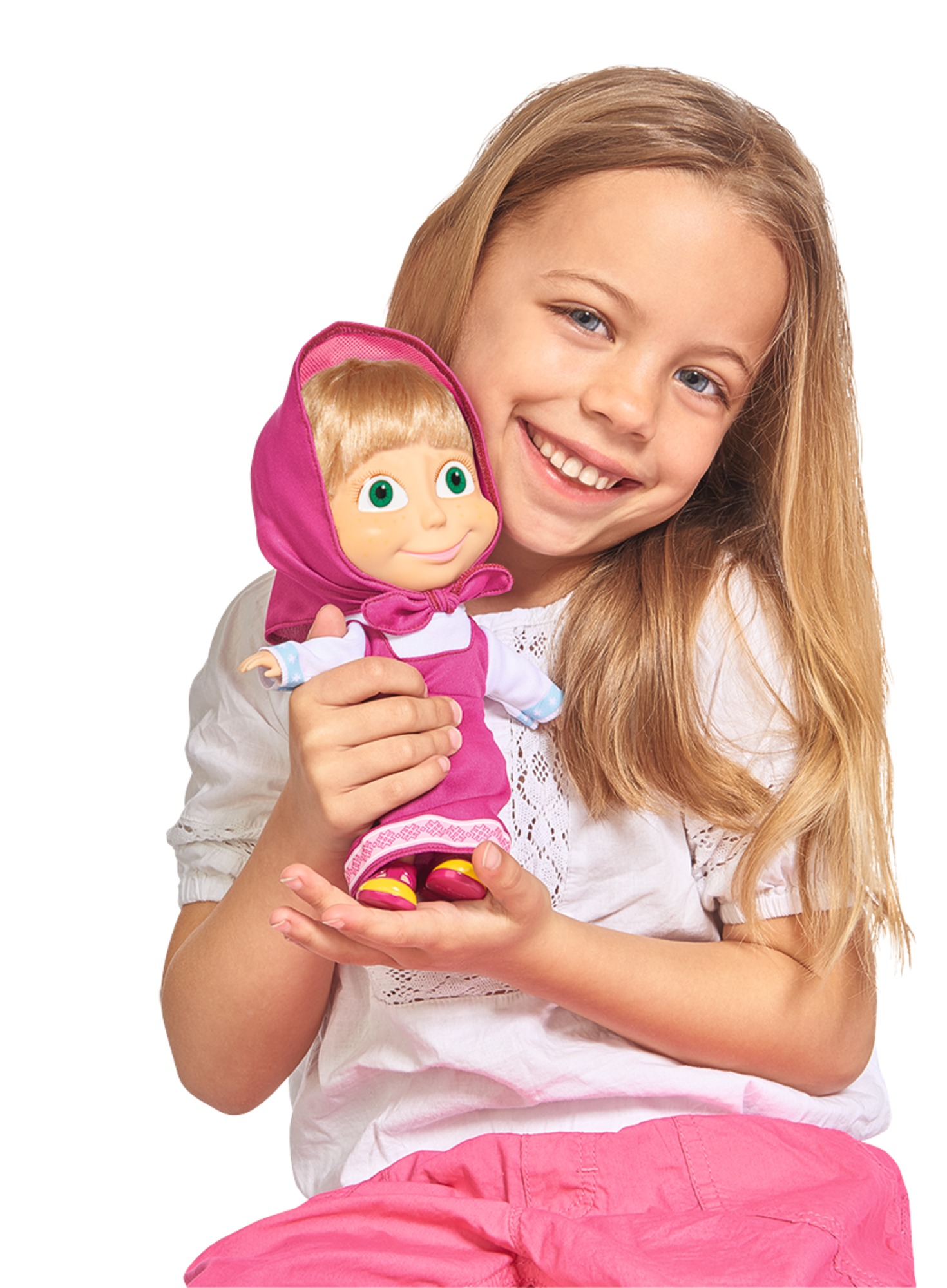 Feature dolls also come in the form of the four collectable Masha Mini Dolls, which meet the ideal pocket money price point. There are four to collect, each with different outfits! 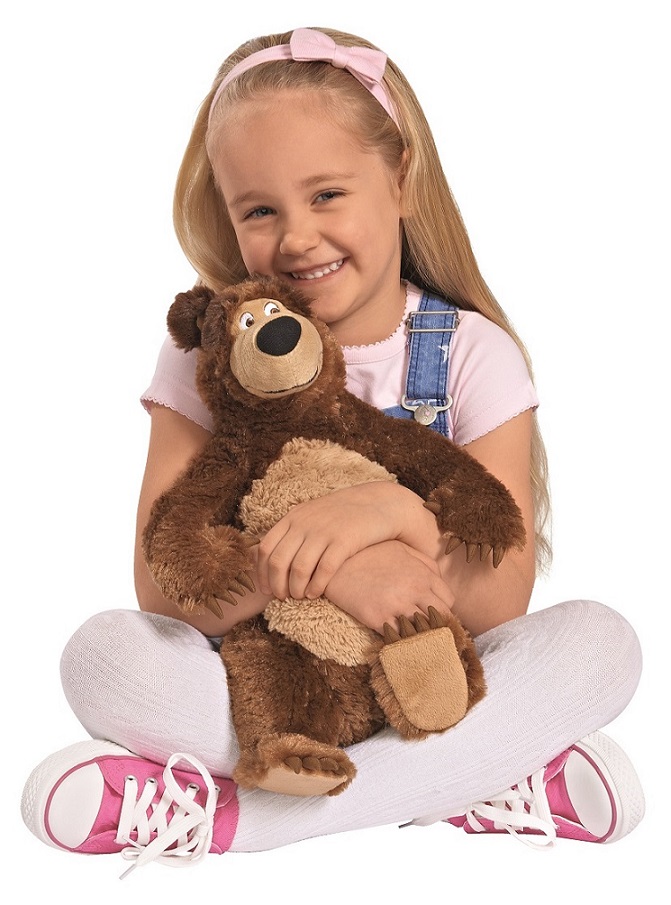 For Masha and the Bear super fans, there are packs that offer both characters together. A popular choice is the Masha 23cm Doll and 40cm Bear (£34.99), but the characters also come together in their smaller 12cm and 25cm formats (RRP £19.99). 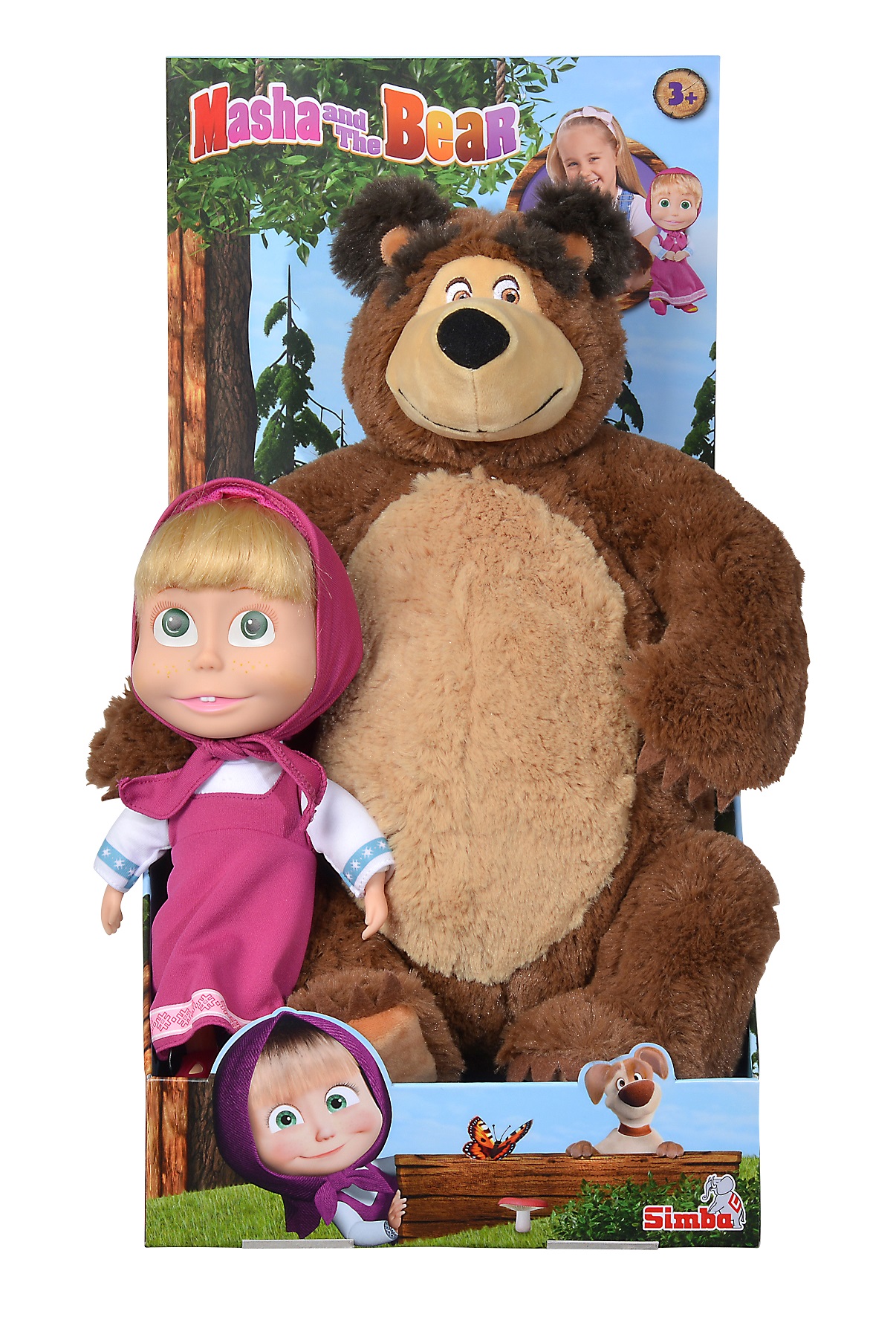 The Bear House Playset opens up to reveals Bear’s cosy cottage inside! Kids will love recreating cosy adventures from the wildly popular animation. They’ll be able to use the accessory play pieces, including Masha and Bear figures as well as furniture for the Bear’s House, to imagine new games for Masha to play. 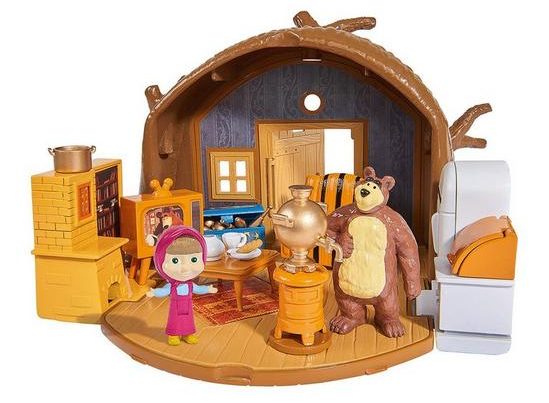 Masha and the Bear experience many exciting adventures together and Masha often visits her friend in his bear house. Designed to delight young fans, this brilliant playset has two floors and it features multiple interactive features, sound effects, and comes with a couple of figures and furniture pieces for play straight out the box! Children can use the playset to come up with their own stories about their favourite series and re-enact scenes from it. 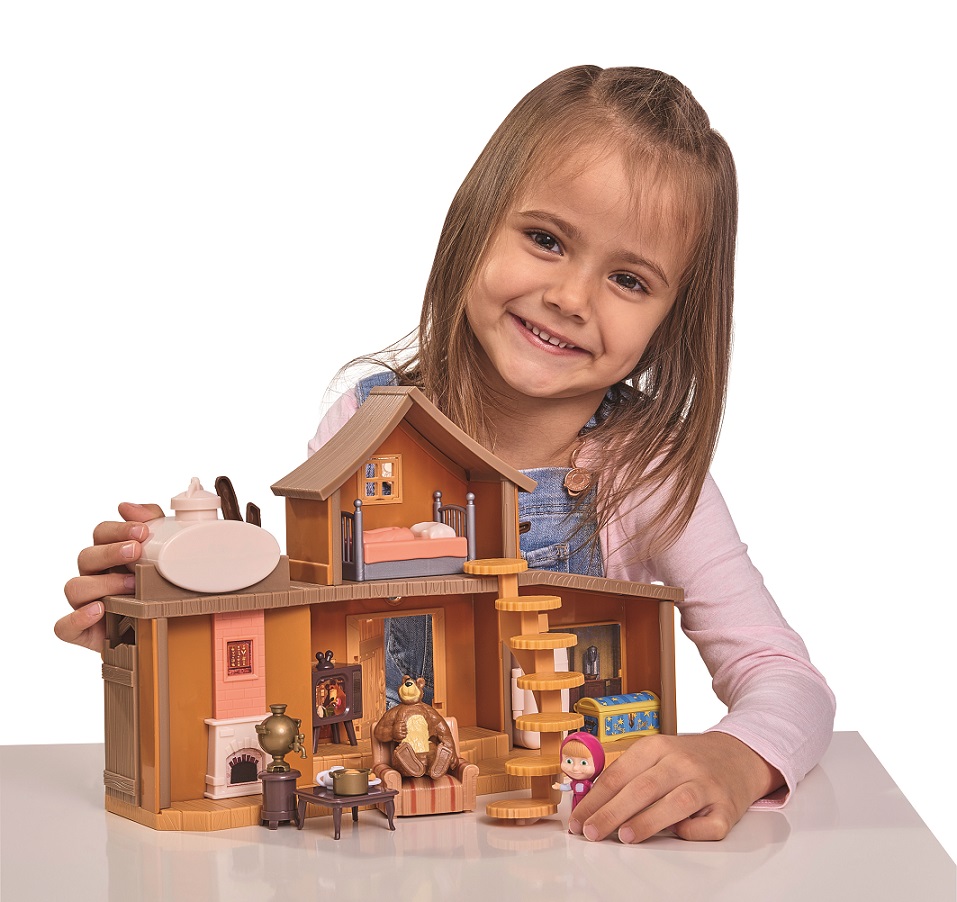 The bear house is covered by a thick blanket of snow, the snowman is already at the door and Masha has already put on her winter coat. The bear is already looking forward to Christmas and wears a Santa hat on his head and presents under his arm. The big door leads to the house of the bear. Here they can sit on the armchair, watch TV or drink tea. The set includes the Winter Bear House, a bear figure, a Masha figure, a snowman and many more accessories. 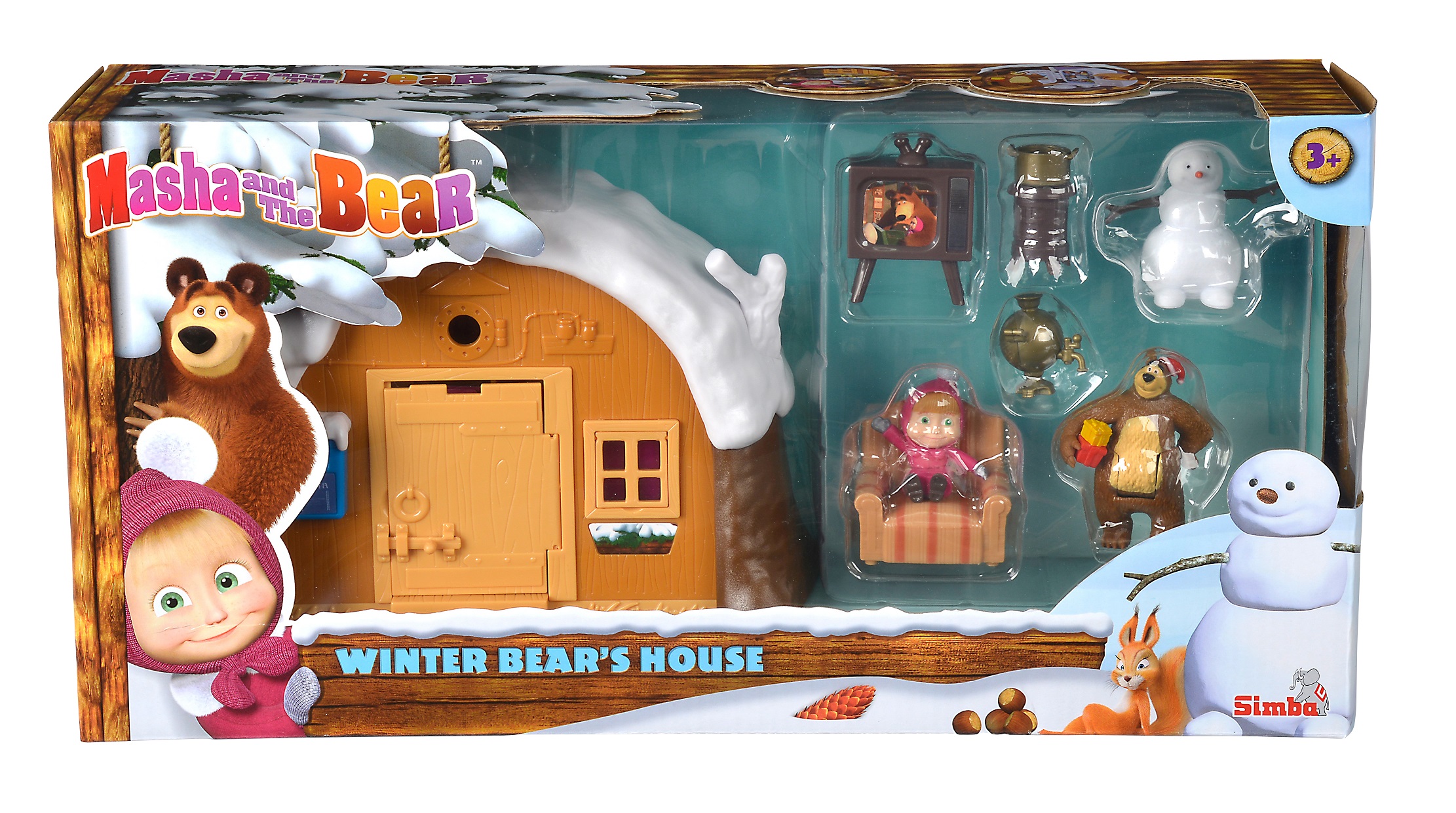 The Masha and the Bear collection is available from Smyths Toys Superstores, Amazon, The Entertainer, Very, and many independent toy stores.

For lots more fun from Masha and the Bear, including a chance to win an awesome Masha Doll and Bear Plush Toy Bundle, head to the main takeover hub now!