Helping kids to stand on their own two feet 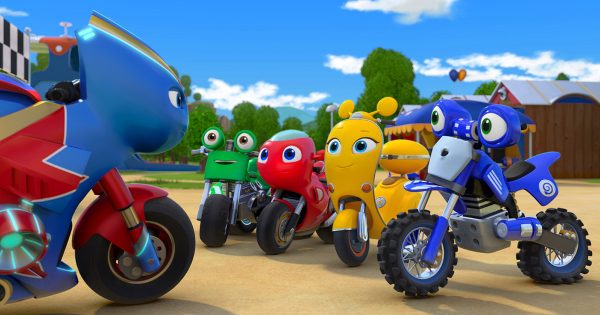 [AD] This week on UKMums.TV we have been exploring all about the new TV series for little ones (boys and girls aged 2 – 5) called Ricky Zoom. The show follows the fun, exciting adventures of four bike buddies – Ricky, Loop, Scootio and DJ – as they grow in confidence and ability, learning through play how to make good choices, act responsibly and manage big feelings, both as individuals and together as a team.

Every episode is designed to thrill and engage children with plenty of action, adventure and rescue whilst instilling values and themes which support your child in developing the fundamentals of EQ (empathy, perseverance and teamwork) and IQ (logical, creative and moral thinking), so that they’re school ready and confident, with social skills and a proactively curious mind.

We hope that watching Ricky Zoom will inspire you to introduce these other simple steps into family life that will build your child’s confidence while also encouraging them to stand on their own two feet –just as Ricky is learning to stand on his own two wheels.

Here are just a few things that we have learned over the years from our mums at home:

Problem solving: Giving children a reasonable amount of responsibility to figure out and solve their problems, learn quickly and how to bounce back and adapt when things don’t quite go the way they think they will.

Scootio Changes Lanes: When Scootio’s parents put her in charge of the Buddies and tasked to repaint the road markings on the race track, Scootio is thrilled to be given the responsibility! But when the task goes wrong and incorrect road marking are causing confusion, Scootio has to think quickly to put things right.

Positive Parenting: Try to be inspiring and encouraging and motivate children in their tasks, no matter what their ages. Children who feel supported and empowered learn to think for themselves. They show insight into the long-term consequences of their decisions and they are confident and able to take risks.

The New Rescue Tool: When Ricky needs to help dad Hank and friend Buster down from a high rock, it’s mum Helen who encourages Ricky to try out his plan and has confidence in his ability to pull it off.

Listen and support when the going gets tough: This may be more relevant to when they are older, but there are times when they won’t succeed. Remember, this is not a time to criticise and critique – it is a time to listen and give feedback. Always encourage them to see the bigger picture and lighten things up with humour and laughter.

Ricky’s Rescue Coaching Badge: When Ricky speeds through the challenges in order to earn his Rescue Badge he forgets about his friends and doesn’t work as a team. It’s up to mum and dad, Helen and Hank, to remind Ricky that finishing first doesn’t always mean doing a good job; take a step back and look at what working as a team can achieve and you will come out on top! 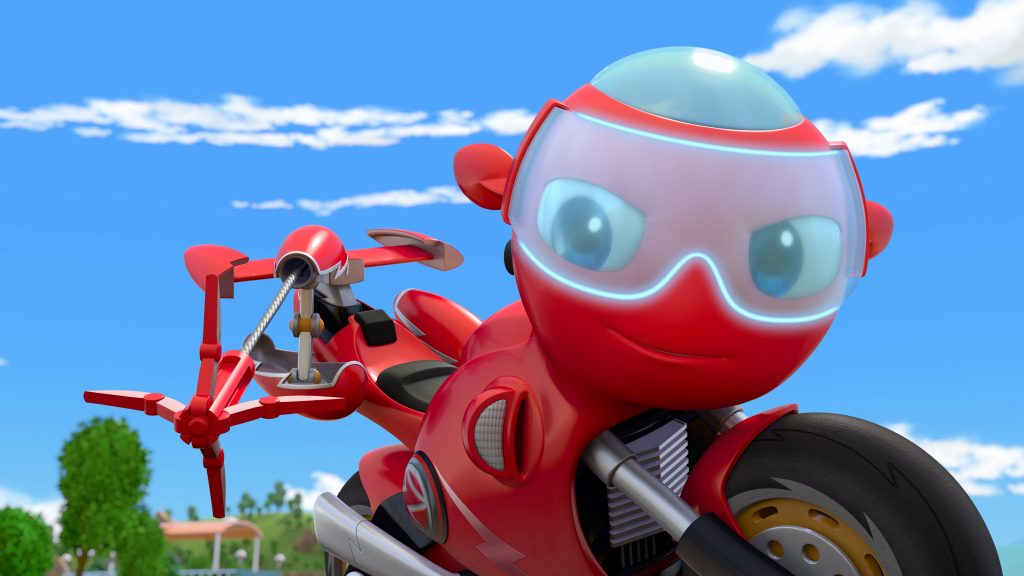 Celebrate Good Decisions: From the earliest of ages this is highly important. When your children shine and are successful in their decisions, make sure to celebrate their independence and achievement. Nothing feels better to a child than the acknowledgment from their parents.

Ricky’s Role Model: When Ricky and dad, Hank, are racing to rescue Police Officer Bunker from a cliff top edge, Hank is quick to realise how Ricky’s grappling hook could save the situation. With support Ricky is able to save the day and Hank is quick to congratulate him for his awesome work!

Why not watch one of the suggested episodes of Ricky Zoom to see how you can easily apply these four tips to the Bike Buddies’ adventures and talk to your children about what they learnt after the show. It’s on every weekend on Nick Jr.!