Introducing The Adventures of Paddington Collection 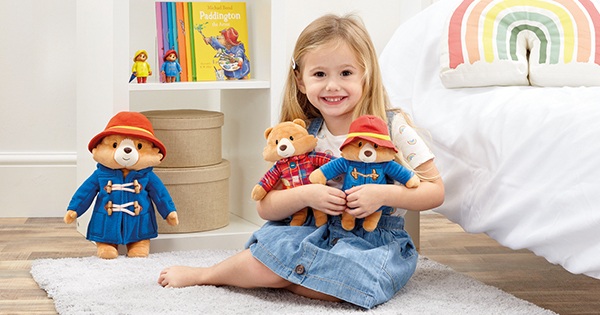 Christmas is just around the corner and The Adventures of Paddington toys will be on many children’s wish lists this year!

Each episode series sees Paddington getting in to scrapes and going on adventures with his friends, the Browns. Each episode concludes with Paddington writing a letter to Aunt Lucy, telling her all about his fun-packed adventures and what he has learnt about on the way!

The Adventures of Paddington toy range is as fun as the show and perfect for igniting imaginations and encouraging little one to re-enact Paddington’s adventures and to create their own!  The collection includes a range of playsets and characters that appear in episodes such as the Bus Playset that includes a Paddington figure dressed as a Bus Conductor and the new Rescue Playset that features Paddington dressed as a Doctor and accessories to help make his friend, Pidgeonton feel better.  The new Multi Figure Playset also includes Paddington’s friends Jonathan, Lucky and Mateo, all of which appear in episodes in the heart-warming show.  As well as these fun-packed play sets, there are also plenty cuddles to be having Paddington soft toys that includes the Deluxe Soft Toy with removable jacket and the new Talking Paddington that repeats five of Paddington’s favourite phrases.