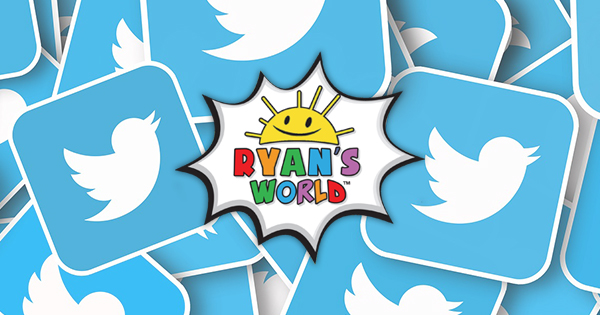 We know how much you all love a Twitter Frenzy, so we couldn’t miss the opportunity to throw an awesome Twitter event as part of Flair’s Ryan’s World Takeover!

Join us on our @UKMumstv Twitter page on Wednesday 17th March at 1pm for your chance to #win some epic Ryan’s World toys from Flair!

During the frenzy, we’ll also be revealing some of our favourite Ryan’s World toys! Plus we’ll be getting to the bottom of why kids LOVE unboxing so much!

To get involved, just make sure you’re following @UKMumsTV on Twitter and don’t forget to use the hashtag of #RyansWorldToys throughout!

Flair’s Ryan’s World toy collection is available from all well-known toy shops including, Smyths, Argos, Asda, The Entertainer and Amazon! Alternatively, why not try your luck at winning a Ryan’s World toy bundle worth £75 in our on-site competition here.