The most unforgettable celebrity baby names 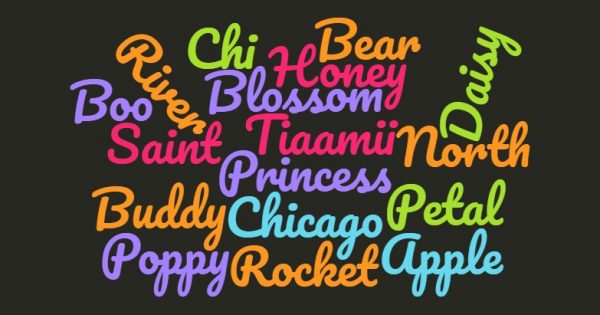 Most of us take a while to choose the right name for our baby, which comes as no surprise as there are so many to pick from. But some celebs have gone that extra mile to give their baby a unique name. We’ve picked out some of the most unique celebrity baby names that you probably won’t have heard of before.

After the birth of North, it was reported that Kim’s mother Kris Jenner said: “The way she explained it to me was North means ‘highest power,’ and she says that North is their (Kim and Kayne’s) highest point together.” While this is a name that we would have never considered for our own baby, it’s creative and has a lovely meaning behind it. A couple of years later, the two had their very first son together and again, didn’t fail to surprise us with the name choice of Saint. Then, in 2018, the power couple had their second daughter together, naming her Chicago ‘Chi’ for short.

2. Jools and Jamie Oliver
This celebrity couple have chosen some really unique names for their offspring. The boys are called River Rocket and Buddy Bear, where we love the use of alliteration, while the girls have a flower-based theme with the names of Daisy Boo, Poppy Honey and Petal Blossom.

4. Katie Price and Peter Andre
The couple chose to name their daughter Princess Tiaamii and while we’re sure that many of you call your daughter ‘princess’, we consider it more of a nickname. Princess means daughter of royalty, while Tiaamii has come from combining her grandma’s names Thea and Amy.

Did you opt for a more unconventional name for your little one?  Which is your favourite celebrity name?  Let us know over on Facebook and Twitter.