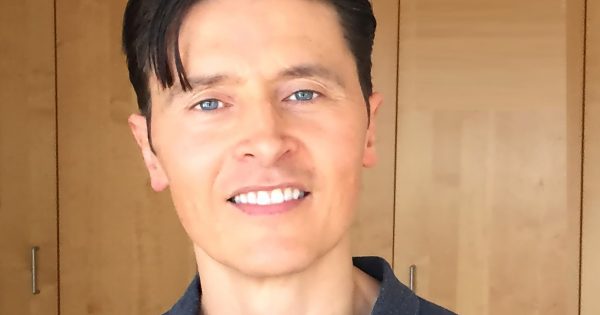 [AD] TV’s fastest new friend for pre-schoolers is the creation of Alexander Bar, who is also the man behind other favourites such as Mike the Knight, Lunar Jim and Ranger Bob.

Alexander began his creative journey by combining his love for writing and design, creating and producing four cartoon strips that all enjoyed long runs in a national UK newspaper and various specialist magazines. After a few years of success with the cartoon strips and an amazing year starring in London’s West End as Young Elvis in Elvis the Musical, Alexander’s breakthrough in animation came with Lunar Jim, based on one of his earliest cartoon strips.

Although Ricky Zoom is the brainchild of Alexander, it was his own child who provided the inspiration for the idea – in the unlikely surroundings of a London traffic jam.

“My son was about two at the time, sitting quietly in his car seat in the back watching the traffic, when suddenly a motorbike zoomed past between all the stationary cars,” recalls Alexander. “My son started kicking his feet, smiling and pointing excitedly at the bike, and that happened several times as more motorbikes roared past. I looked back at him and thought, ‘Wouldn’t it be great if a show could put that look on lots of pre-schoolers’ faces every day!”

It was not an untypical eureka moment for Alexander, who finds inspiration from everything around him – and says it can be literally hiding in plain sight.

”It comes from observing what kids love to do, what they say and how they play,” he reveals. “It also comes from personal experiences and sometimes the smallest thing that happens in my day.”

While most of us would have been cursing at the traffic, Alexander began to formulate the idea of a world where motorbikes were actually people.

“I loved the idea that you can match bikes to almost any type of personality,” he says. “And in matching bike types to characters, we could play to real personality types in a way that felt much more organic, and ensured that the audience sees characters first and bikes second. So as a racing bike, Ricky is the kid who likes to do everything fast; dirt bike Loop is the one who inevitably gets mucky, whatever he does; Scootio is a small and stylish scooter who loves hi-tech gadgets; and, as a three-wheel trike, DJ is the bigger, stronger kid who doesn’t always fit in, but celebrates the things that make him different. Celebrating our differences is one of the central themes of the series. Though we’re all so different, we all have our own special something to contribute.”

Why not follow the Ricky Zoom takeover every day for the next two weeks on UKMums.TV. Enter our competition here or download some cool activity sheets here and join our Twitter frenzy on Thursday 14th November.

Most importantly don’t forget to watch with the little ones, and share the Ricky Zoom experience with them! You can catch episodes of Ricky Zoom on Saturdays and Sundays at 9am on Nick Jr.