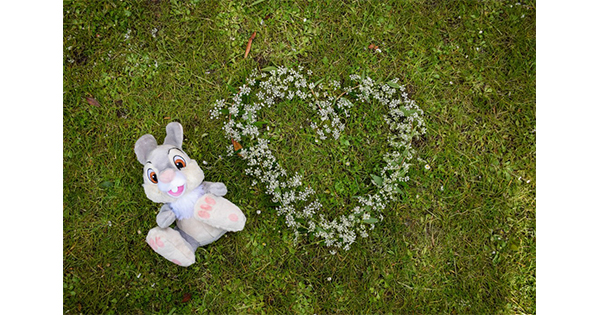 Simba Toys UK has joined us this week to introduce their fabulous collection of Disney Classics soft toys. You can read more about these irresistibly cute toys here. Super soft and fashioned in a lovable cartoon style, families will instantly recognise these soft toy pals from the animated, Disney Classic movies that inspired them!

But first, if you’re wondering why character-based soft toys are so popular with young children, then stick around. We look at why soft toys inspired by on-screen characters so often become children’s most cherished toys.

One of the key reasons why children are drawn to character-based toys is because they’re huge fans of the movie or show that inspired them. Now, this might seem like a bit of a no-brainer, but children form a connection with these characters – they’re given a window into their lives after all – and, as a result, children’s favourite characters become like a child’s friends. So, by offering a child a soft toy version of their favourite character, you’re helping to bring that character to life for them. And you’re allowing them to dip their toe into that imagined world, which is full of possibility!

Soft toys can help to comfort and sooth children, who are reassured by their familiarity. They serve to ease distress and anxiety in troubling and unknown situations. Soft toys also play a role in helping children gradually build their ability to self-soothe without their parents. So, add to this a familiar character with whom they have already formed a connection with over the screen, and it’s easy to see why character-based soft toys make for the best of companions for young children.

Kids will often engage in pretend play with their cuddly best friends, giving them practice at imitating familiar and everyday activities that grown-ups do such as cleaning, cooking and more, and helping them to develop early social and language skills. When it’s a cuddly character that they recognise from their favourite movie or tv show, children will naturally re-enact scenes that they’ve seen, and create new ones from their imaginations. Because of this, character-based soft toys can act as a great springboard for imaginative play!

Who could resist a cute and cuddly version of Olaf, Simba or Thumper? If there’s one obvious thing to be said about soft toys, it’s that they are designed to be super huggable and lovable! They’re soft, squidgy and oh so cute… even us adults can appreciate a good cuddle with a soft toy! And when it’s a character that you recognise and love… well, all the better!