Why we LOVE PAW Patrol! 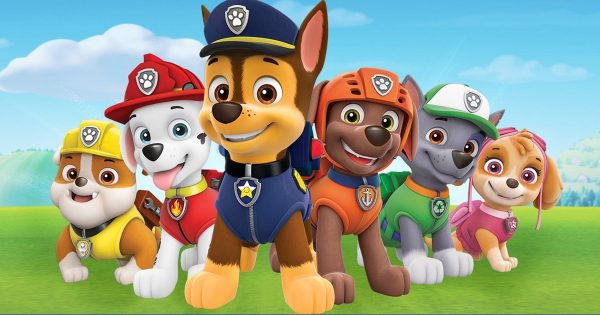 PAW Patrol remains a top dog viewing choice for many pre-schoolers around the world. Would you believe it, there are now 12 seasons of PAW Patrol now available to watch, and there’s a third made-for-TV movie that was released recently. Plus, there’s a whole stack of PAW Patrol merch for little fans to get their little hands on!

New onto the scene, and taking over the UKMums.TV site this fortnight, is the latest game from Outright Games. Sure to be on every PAW Patrol fan’s wish list is PAW Patrol Mighty Pups: Save Adventure Bay.

This new game is one action-packed mighty mission, promising all the four-legged fun, excitement and drama from the award-winning show!

As part of the takeover by Outright Games, we thought that it might be a good time to look at why this little dog squad is as popular today as it was when it first went for walkies onto the screen…

It’s all about friendship

The power of friendship comes to life with the Paw Patrol squad and Ryder – their leader, rescuer and teacher. With missions to strengthen the bonds between pups and songs to reinforce the importance of friendship.

For children, PAW Patrol is a fun way to learn bravery and heroism, with exciting stories that never get too scary. Being brave in the face of danger is great early lesson for kids to learn.

Chase, Everest, Marshall, Rocky, Rubble, Skye, Tracker, and Zuma each have a special skill to share, teaching little ones that working by together and combining strengths you can make problem-solving both easier and more fun!

Not only does the show teach kids to play to their strengths, as well as helping little ones to learn early concepts including colours and counting, it also teaches little ones about structured education. Ryder helps the pups learn to use their skills to help others, which should hopefully also teach kids to respect authority – thank you, Ryder!

The mighty pups are aspirational

Each pup is inspired by a real-world job. Marshall is the trainee firefighter, Chase a policeman in the making, and Rubble is the squad’s construction worker. The show therefore not only teaches kids that everyone has an important role to play in society, it also makes them dream about what they want to be when they get older.

Let us know what your little one loves about PAW Patrol by commenting down below or over on Facebook and Twitter @UKMums.TV.