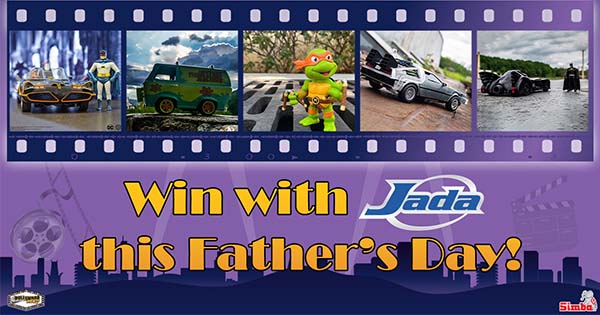 Father’s Day is just around the corner, and we’ve got a very special prize for two lucky winners this week! We’ve teamed up with Simba Toys UK, the makers of Jada Toys, for an epic Father’s Day giveaway!

From Batman to Fast & Furious, all the way through to Back to the Future, Transformers, Marvel, and more, Jada Toys is infamous in the collectable world of die-cast vehicles. Its Hollywood Rides collection takes the most memorable vehicles and some of the most iconic figures from the big screen and recreates them in great detail as scaled die-cast replicas.

Super popular, and hugely collectable, there is no better gift for a movie buff dad than Jada Toys! So, at UKMUMS.TV, we got to thinking – what better way to mark the special occasion of Father’s Day than with a competition for a chance to win a cool, collector’s kit from Jada Toys?

We all know that every dad wants to be a hero, so this incredible prize will include a selection of items from Jada’s Hollywood Rides range.

The winner will receive an exciting mix of die-cast vehicles from Jada Toys, including the Marvel Captain America 2006 Ford Mustang 1:24 vehicle (RRP £26.99). This 2006 Ford Mustang takes its styling cues directly from Cap himself and includes a 100% die-cast Captain America figure. Marvel fans will know well the story of Captain America, the leader of the Avengers, who was transformed into America’s World War II Super-Soldier after receiving a special serum! This vehicle features opening doors, hood and trunk, along with a detailed interior, and it’s sure to be a standout in any Marvel collection.

Each of our Father’s Day bundles will also include a Marvel Captain Marvel 1973 Ford Mustang 1:24 vehicle (RRP £26.99). This super-cool automobile takes its styling cues from Carol Danvers – the seventh holder of the “Captain Marvel” title, who became one of the universe’s most powerful heroes when earth was caught in the middle of a galactic war between two alien races.

And finally, our Spidey senses are tingling! Also included with each bundle is a Marvel Miles Morales 2017 Ford GT 1:24 vehicle (RRP £26.99). Fans will love showcasing this cool collectable vehicle, which comes with Miles Morales die-cast figure! Marvel’s Spider-Man, Miles Morales is the web-spinning hero who was guided by Peter Parker. Like Parker, Morales possesses similar spider-based abilities, including proportionate strength, speed, and the reflexes of a spider!

Love the look of the Jada Toys Hollywood Rides collection? You can shop the range now on Amazon!

Alternatively, for your chance to win a brilliant selection of collectable die-cast vehicles from Jada Toys, enter our competition now. To be in with a chance of winning this perfect gift for Father’s Day, correctly answer the question below before the closing date of Monday 6th June 2022 at 15:00. 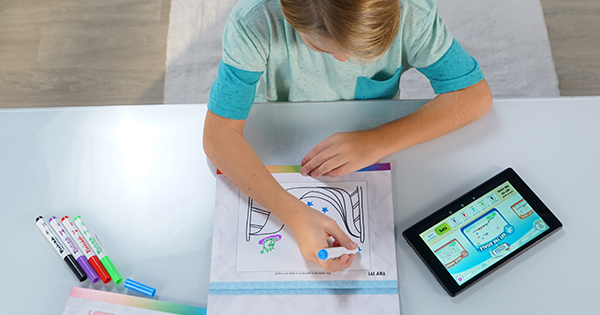 Win Pixicade and create your own videogames!
ENTER 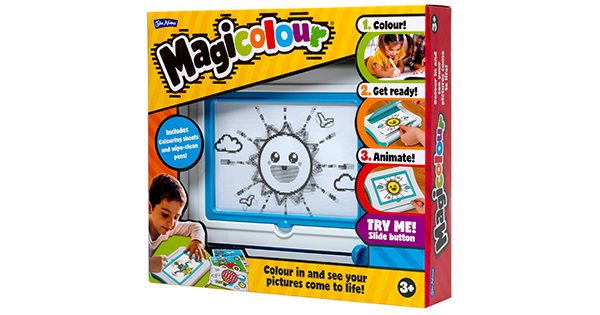 Win one of 6 Magicolour’s up for grabs!
ENTER 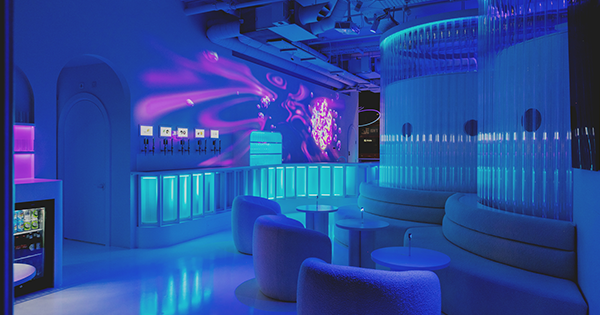 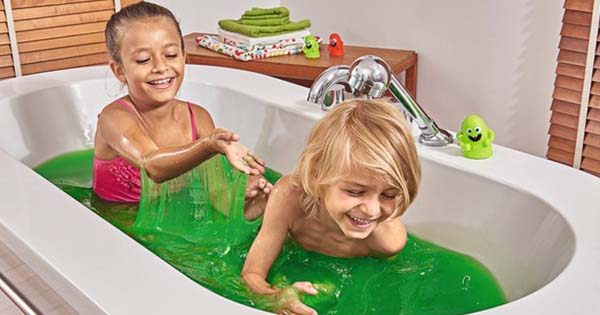 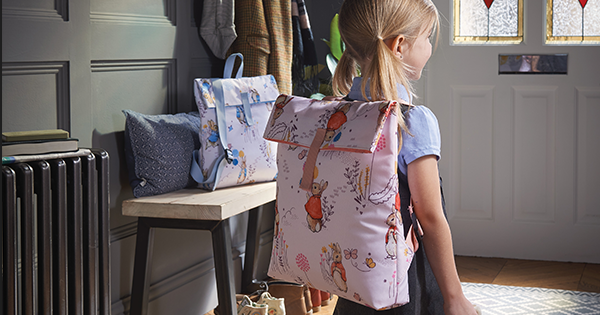 Get your paws on a Flopsy Childrens Backpack by Beatrix Potter
ENTER
WIN!
MORE COMPS...