Keep your kids busy this half term with Battle Cubes! 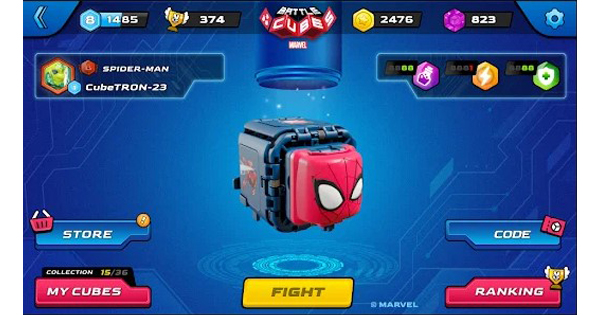 Find out about how to play, download the free app and win some amazing prizes!

Are you kids looking for something to do this half-term? Then give them the ultimate rock-paper-scissors challenge with Battle Cubes! We’ve 5 sets up for grabs!

Defeat your opponent’s Battle Cubes by taking on the ultimate rock-paper-scissors challenge!

Select your awesome Marvel character, choose your method of attack, cover with the mask of your favourite Marvel superhero and then get ready to LAUNCH!

Now launch the Battle Cubes to see who the winner of the battle will be… the loser will be captured by the winner’s Battle Cube! There are also tokens, 4 common and 2 rare, each with a key character which when flipped reveals a jigsaw piece to collect.

What’s more is there is a FREE Battle Cubes app to download and play from either the App Store or Google play today! Collect exclusive cubes and redeem the codes that come with your Battle Cubes toys! You can create battles and gain experience points as well as increasing your power levels!

We’re giving FIVE lucky readers the chance to win a Battle Cubes Battle Set* so they can compete and win at home! To win this fab prize, simply answer the following question before the closing date of 13th June at 15:30pm.

My grandson would love this prize.