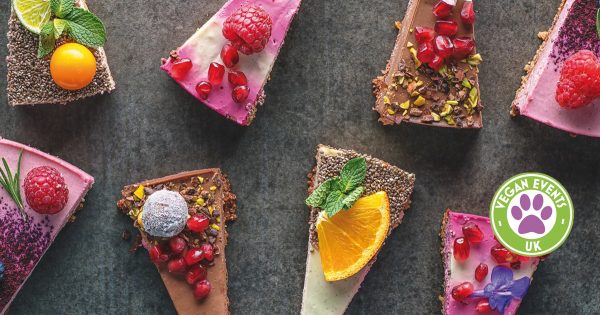 We’re giving one lucky reader the chance to win a pair of VIP tickets to any Vegan Events UK festival happening this year.

If you thought vegan festivals were just for vegan and veggie families – think again. Everyone is enjoying vegan these days from Jennifer Lopez and Benedict Cumberbatch to Brad Pitt.

Vegan Events UK family festivals feature the latest vegan food, lots of fun children’s activities and entertainment on hand to amuse the little ones, useful talks on nutrition and the vegan lifestyle, inspiring cooking demos to get you and your family started and relaxing yoga sessions.

There’s the latest designer vegan labels and a massive range of stalls offering jewellery, candles and even treats for animals. It’s also a great place to shop if you’re looking to go plastic-free.

To enter, simply answer the question and leave your details below before the closing time of Monday 25th February at 3pm.

The winner may choose which Vegan Events UK festival they would like to attend from the following line-up: