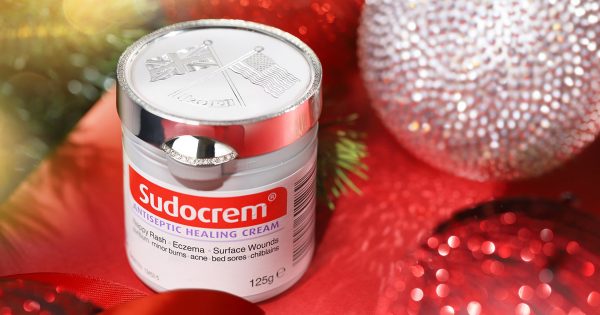 It comes in a simple grey and red tub, doesn’t pander to fashion and is used by millions to soothe everything from nappy rash to spots. There are few brands as comforting as Sudocrem and it seems that the reason why has as much to do with the voice you use when you apply it as the ingredients itself.

Made with lavender, noted for its soothing property, the Sudocrem recipe hasn’t changed since it was first invented in 1931 by Dublin-based pharmacist Thomas Smith.

When Sudocrem decided to look at why their brand is so popular, they knew they had to look beyond the product itself. “We took our inspiration from the name and how the name came about. It was then we noticed that people use a different, more soothing voice when they apply Sudocrem, A voice that’s lower with a calming resonance,” said Alice Bamford, of Sudocrem.

Sudocrem’s ingredients are just one side of the efficacy story. If you use a soothing voice when you apply it, which most people do, then you’re helping the healing process.

But which voices soothe more than others?  Experts agree that lower voices, with more old-fashioned accents tend to be favoured.

It’s a sentiment that’s echoed by new research* from Sudocrem, which looked at celebrity voices with the aim of identifying the ones that were the most soothing. In fact, when a thousand people were asked to rank which twenty celebrities they would prefer to read them a bedtime story (arguably an activity that requires the most soothing voice of all) the British public selected Stephen Fry as their top soothing voice. Followed by Idris Elba, Tom Hardy, Colin Firth and David Walliams. 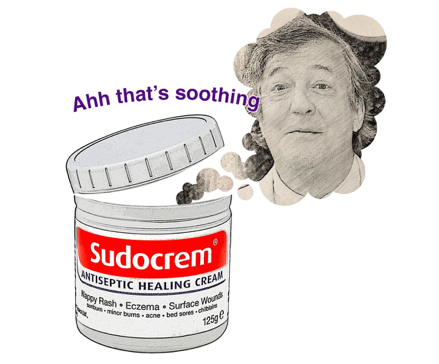 Other results had the Duchess of Cambridge coming in 7th and the Duchess of Sussex coming in 14th. Labour leader Jeremy Corbyn came in 16th place, compared to the Prime Minister Boris Johnson at 13th. Interestingly, Woman’s Hour star, Jenni Murray and, comedian, Alan Carr, both came 19th and 20th respectively in the polls. The pair, who both star on radio and who have extremely distinctive voices, received the lowest number of votes.

To enter, simply answer the question below and leave your details before the closing date of 23rd  December 2019 at 3pm.

*The research for this release was conducted on the 4th of October amongst a nationally representative sample of 1,000 Britons aged 18 and over.