Win tickets to see Miss Kiddy and the Cads! 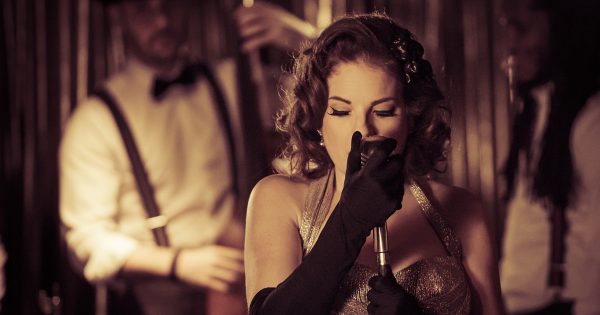 Get your dancing shoes on as we’re giving two lucky readers the chance to win two tickets each to see Miss Kiddy and the Cads at the Underbelly Festival on London’s Southbank (August 30)!

Miss Kiddy and the Cads – the UK’s hottest vintage musical extravaganza will be returning to the Underbelly Festival for a night of Hollywood glamour, sensational music and 1940s decadence.

The spectacular Miss Kiddy and the Cads were launched in 2016 by session singer Abi Gilchrist who may be better known for singing the theme tune to CBeebies’ show Do You Know?

Performing to a sell-out crowd at their first gig in London’s Pheasantry Jazz Club, the glamorous six-piece have been making waves across the jazz scene ever since. With show-stopping vocals, authentic costumes, a stunning tap dancer and extreme vintage decadence, Miss Kiddy and the Cads really are a jazz music sensation.

To enter, simply answer the question below and fill in the form before the closing time of Monday 1st July at 3pm. Good luck!