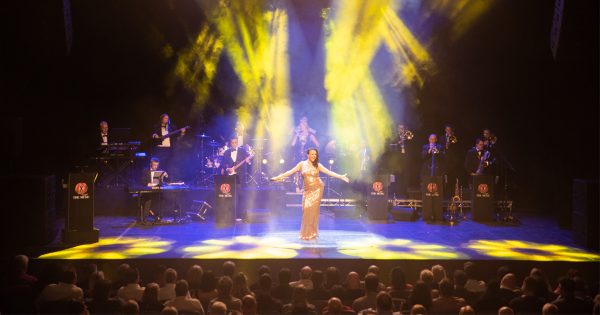 The spectacular Q The Music was launched in 2004 by the incredibly talented Warren Ringham. Warren created the first band anywhere in the world to provide a tribute to the music of James Bond. The unique band featuring a glamorous Bond girl (Kerry Schultz) to boot, have been making waves throughout the music scene for the last 15 years bringing together musicians who are not only at the top of their game instrumentally but also understand the importance of putting on a phenomenal must-see show.

Q The Music has amassed a huge amount of success since their launch in the noughties and have performed all over the world. The band have appeared on several TV shows, won a host of national entertainment awards accolades, they have even been endorsed by Bond himself, the late and great Sir Roger Moore. Now they are ready to blow us all away again in 2020.

The prize includes four tickets to any show of the winner’s choice. The winner may choose which show they would like to attend from the following line-up;

To enter, simply answer the question below and leave your details before the closing date of 2nd March 2020 at 3pm.