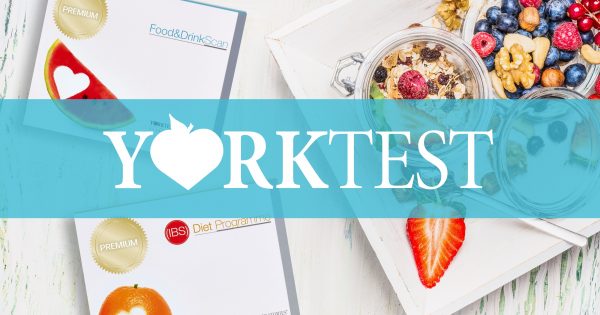 As individuals, our reactions to foods and drinks vary massively. An ingredient which may cause problems for one person could be completely acceptable for another. After researching YorkTest Laboratories, we were keen to find out more about our ‘food fingerprint’ and compare our results. Here’s how we got on when YorkTest Laboratories sent us the Premium Food&Drink Scan.

What testing programmes are available?
YorkTest Laboratories has a number of tests available including the FirstStep Test (£24.99) which identifies whether you are food sensitive or not with a simple positive or negative result, the Premium Food&Drink Scan (£299-£399), FoodScan Junior (£250) and more.

How it works
Once you’ve ordered your preferred programme, you can expect to receive your test kit soon after. The test kit includes two sterile lancets, two absorbent wands and containers, a plaster, an alcohol-free cleansing wipe, a customer details form and a pre-paid envelope. 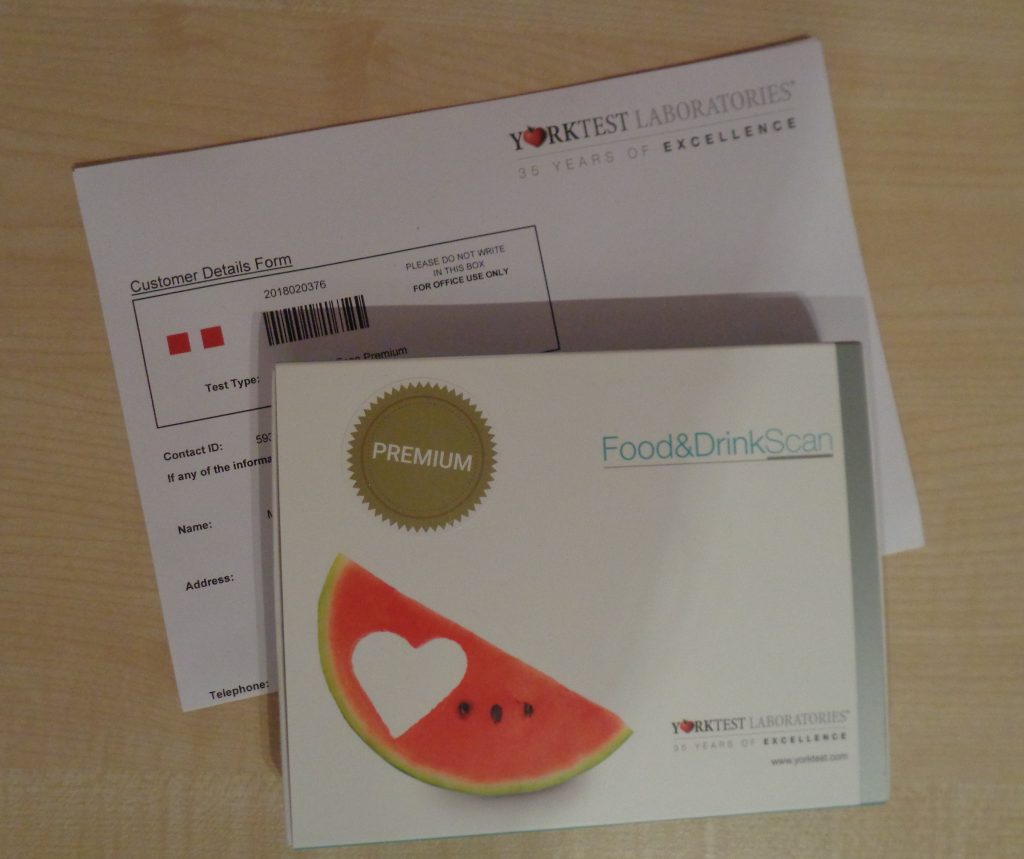 Once you’ve received your test kit, all that’s required of you is to pin prick your finger to draw a small amount of blood. Once you’ve taken your sample, you need to return it in the pre-paid envelope…It’s as quick and easy (although not the most pleasant) as that.

“YorkTest Laboratories have over 35 years of excellence in laboratory diagnostic testing, and are Europe’s leading provider of food and drink specific IgG antibody testing programmes.”

When the blood samples reach YorkTest Laboratories, you’ll receive an email to confirm that they have arrived. Then, the expert lab technicians will analyse your samples for reactions to up to 208 different foods and drinks. The reactions are then visually represented on a report and sent to your home very quickly. Once you’ve digested your results (excuse the pun), you need to book an appointment with a nutritional therapist who will answer any of your questions and advise you on your next steps.

Our results and thoughts

Sarah  – Having suffered with IBS-like symptoms for a good few months, I’d had enough of taking paracetamols and pulling my knees to my chest every time a stomach cramp hit, so I was more than happy when YorkTest Laboratories asked us if we wanted to review the Premium Food&Drink Scan programme, hoping to nip this in the bud. I always noticed the abdominal pain after eating pizza, sandwiches and pasta.

I got my results fairly quickly and the accompanying letter stated that I had five reactions and two borderline reaction ingredients that were tested for. In the reaction column I got wheat, egg white, egg yolk, acai berry and cranberry. In the borderline column I got anise seed and kiwi. I received my results before Christmas, which was testing as there were lots of Yorkshire puddings and cranberry sauce over the festive period.

The next step is to eliminate foods that I am reactive to, and eliminate or reduce the consumption of borderline foods, which I am completely fine with because I hate anise star and kiwi. My results also came with a food diary and guidebook, which is super handy for keeping me on track.

Towards the end of December a nutritional therapist named Jackie phoned me, she guided me through wheat alternatives and suggested a list of products and websites for me to check out. She also recommended that I take some probiotics. After two weeks of my wheat and egg-free diet (and probiotics) I have noticed a difference.  While the tests are expensive, YorkTest Laboratories are well worth the money, especially if you are suffering with an upset stomach or bloating after eating or drinking. Not only are YorkTest Laboratories well-established and credible, but the staff are response, friendly and the results are turned around quickly.

Fraser  – I decided to take YorkTest Laboratories Premium Food&Drink Scan as I believed I suffered from lactose intolerance. I was right…but also wrong. The test was quick and easy to do; all that’s required is a simple finger prick to draw blood. Once packaged up (safely) and sent off, the results were back in just a few days. As much as I’m thankful for the test, the results lead to a daily battle of guilt when I tuck into my breakfast. Scrambled eggs on toast with a coffee and of course, a peanut butter bagel for breakfast pudding (trust me it’s a thing) tick all my major food intolerances….Yeast, egg yolks, egg whites, peanuts and cow’s milk (not lactose), yeah…A recipe for disaster. It’s fair to say knowing your intolerances and actively changing your diet to accommodate them are worlds apart, but taking the YorkTest has not only made me aware of my intolerances but habits. What tastes good and satisfies morning hungers still triumphs. It’s true, if I decided to change these habits and cut out the food I’m intolerant to, my digestive health, metabolism and even my mental health and moods may change. That’s the benefit of taking a YorkTest, the opportunity it presents, that it may just be your diet that’s affecting your day to day life and simple changes such as no more peanut butter bagels may just be what it takes!

Claire – I was really excited to be able to take a YorkTest as I’ve suffered for years with bloating and upset tummies when eating certain types of food. Everyone (mainly the sceptics) say you should just try through process of elimination to find out what you are intolerant to, but in my case I knew this wasn’t enough. For me, I always noticed the pain after eating bread or pasta, so of course I jumped to the old gluten intolerance assumption! By taking a York Test, I actually discovered that it wasn’t gluten but wheat and yeast that my body doesn’t like. I also received a red marker against egg white and egg yolk which I was devastated about as I LOVE eggs, but even now by cutting them out I feeling a million times better in myself! The foods I was borderline intolerant to haven’t affected my day to day life so much as for one I received Shark… so funny! But I also received Anise Seed, Mollusc Mix (Scallops, Mussels and Oysters), and Maize. I also got Cow’s Milk so I’ve switched to using almond milk as an alternative to my diet. I would thoroughly recommend a York Test to anyone that suffers tummy problems or any other kind of side effects when eating or drinking, as it really does hold the answers!

Michele – Having never experienced any real food intolerances before, I thought that it would be a good idea to try it out.  The test was not invasive, but, my tip would be to shake your arm up and down before you start.  I can’t believe how quick the results came through and I had one surprising marker – carrots! I often feel a little sluggish after a Sunday dinner but always thought it was down to the Yorkshire puds.  I’m going to cut down on the carrots for a few months and see how things are.  I always thought I was fairly intolerance free so this is a good indication that YorkTests are not going to throw up some strange results.

Disclaimer: We were sent the YorkTest Laboratories Premium Food&Drink Scan to try out but all opinions here are our own. 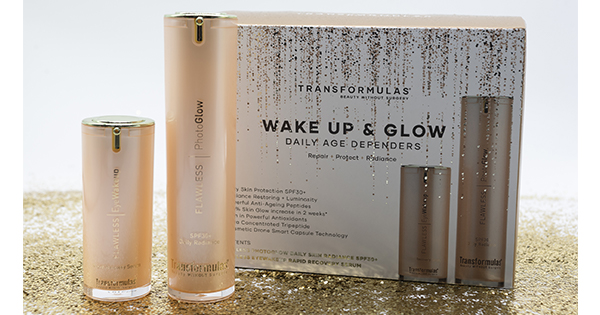 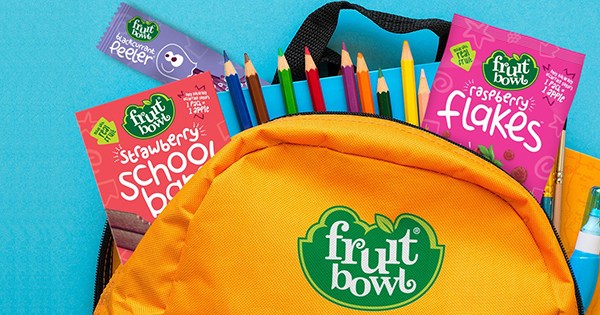 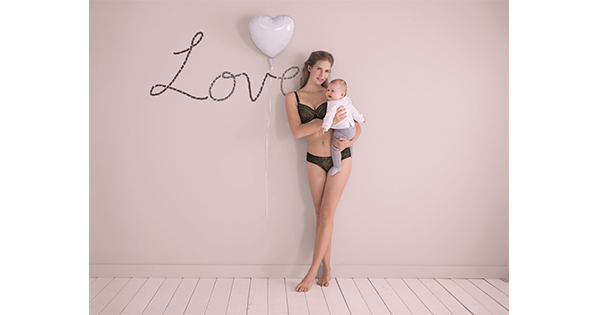 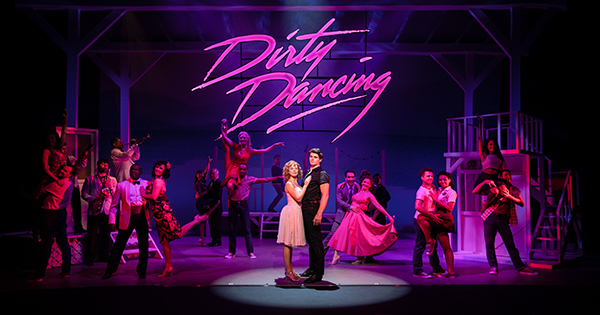