5 fun about spiders that will fill you with awe! 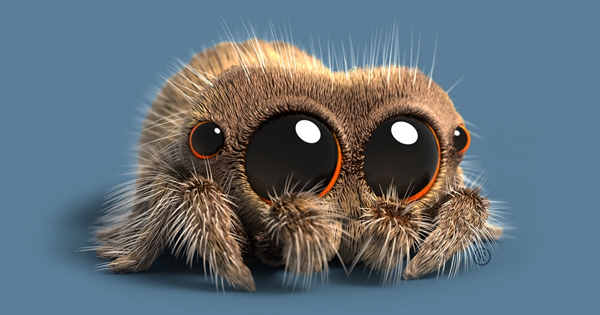 This week, we’re joined by Cartoonito for a celebration of their latest animated series for kids: Lucas the Spider. This is the show that invites children to join Lucas, the impossibly cute jumping spider, on awe-inspiring adventures around his large Victorian home and garden. You can find out more about the show via our takeover hub page, but before you scuttle away, check out our incredible facts about spiders!

Lucas, the eight-legged star of Lucas the Spider, inspired us to brush up on our spider trivia, and we’ve got the highlights for you…

Spiders are not insects

You probably know that spiders have eight legs, but did you know that they have only two parts to the body, either six or eight eyes (occasionally fewer – but always an even number), and spinnerets on their abdomens – and that makes them an arachnid NOT an insect

Spider silk is made of long protein chains

Ever wondered what spiders spin their webs from? Spider silk is first formed in the silk glands; it is made of connected protein chains that help make it strong, as well as unconnected areas to make the silk more flexible. In the glands, this silk starts off in a soluble state, but when stretched, it takes on a hardened form, which can be spun into fibre by the spinnerets on the spider’s abdomen.

Spiders use their silk fibres for a variety of tasks. To fulfil the needs of these different tasks, most spiders have a number of silk glands that each produce a of different kind of silk fibres, each with different properties. Spiders can produce up to seven types of silk; though individual spiders do not possess all seven glands. Most males will have three-plus glands (to produce dragline, attachment and swathing silk) and most females will have four-plus glands (to produce egg sac, dragline, attachment, swathing silk).

Not all spiders use webs to capture their prey

Britain has 37 spider families (and more than 650 different species of spiders), and only 17 of those catch their prey via their webs. For instance, crab spiders in the Thomisidae family are sit and wait predators and jumping spiders from the Saltidae family will follow and jump on their prey to catch it.

There are venomous spiders in the UK; though none are deadly to humans

In the UK, we do have venomous spiders that can pierce human skin and cause harm: the False Widow, the Cardinal, the Woodlouse, and Tube Web Spiders. Of them all, the False Widow’s venom is strongest. But even the False Widow is not going to cause too much harm – if ever bitten, victims can expect localised pain, including a small degree of inflammation and numbness. A small number might experience chest pain and should the bite become infected there is the chance of nausea and other symptoms too.

Lucas the Spider is available to watch weekdays at 6:00PM, on Cartoonito. For more fun with Lucas, dive back into the takeover, via the main hub page here.