A look back on 40 years of Care Bears 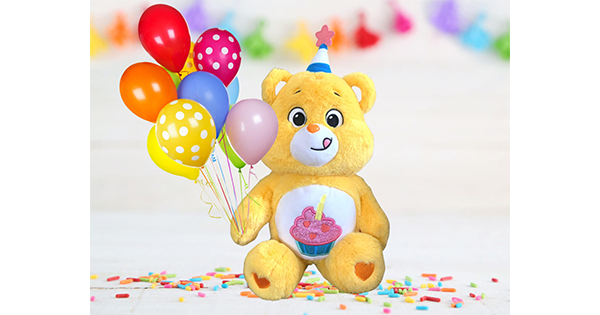 If you haven’t heard of the Care Bears, where have you been hiding for the last 40 years?! 2022 marks 40 years since Care Bears first came on the scene, and to celebrate the occasion, we’re bringing you an incredible Care Bears takeover, courtesy of Basic Fun! 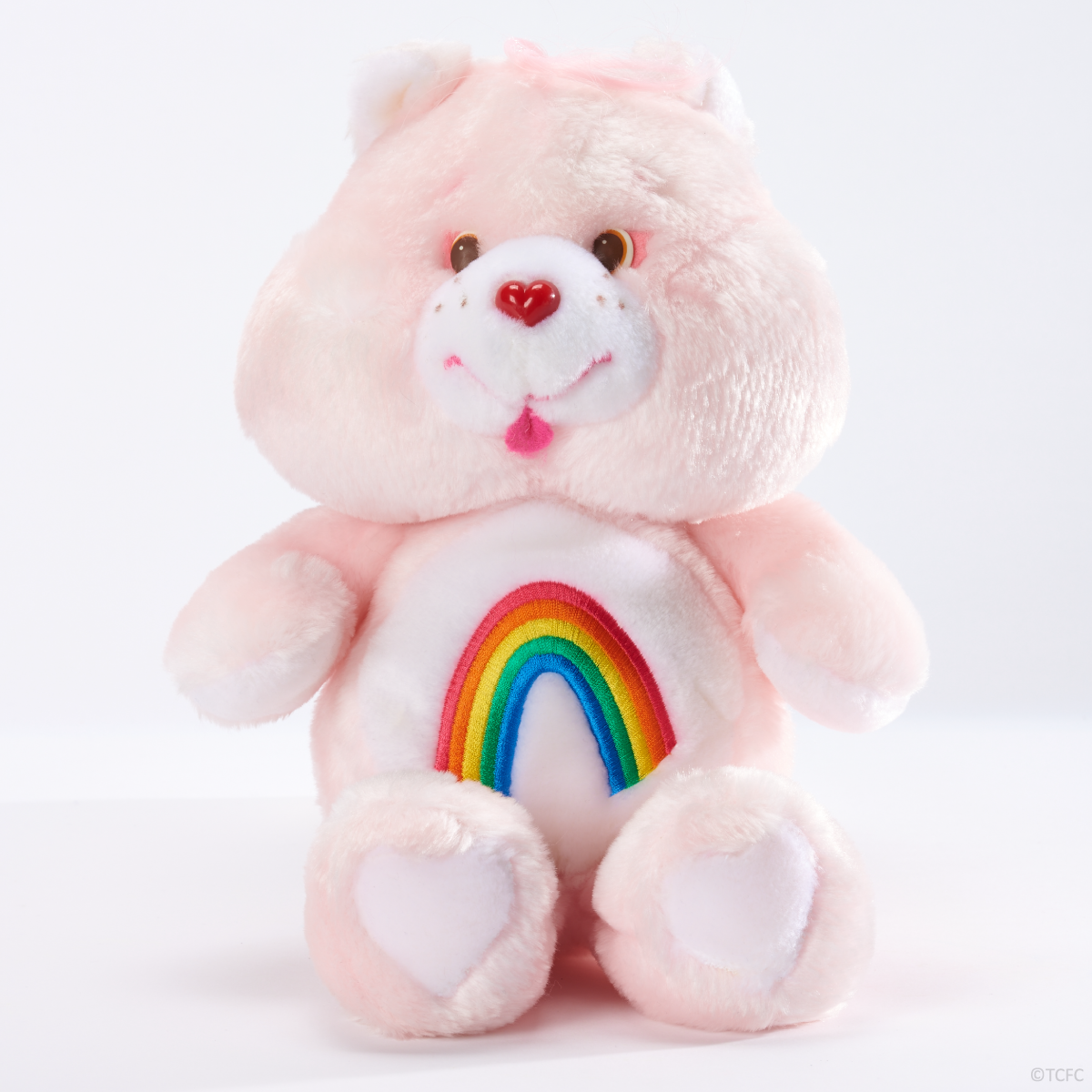 You might have already read all about Basic Fun!’s super-loveable lineup of Care Bears toys, in our product guide (if you haven’t, then you should!), and perhaps you’ve already downloaded your free Care Bears activities and entered our on-site competition for a chance to win a bundle of Care Bears toys? But the fun doesn’t stop there… as part of the Care Bears takeover, we’re taking a trip down memory lane to find out where all the caring and sharing fun first began! 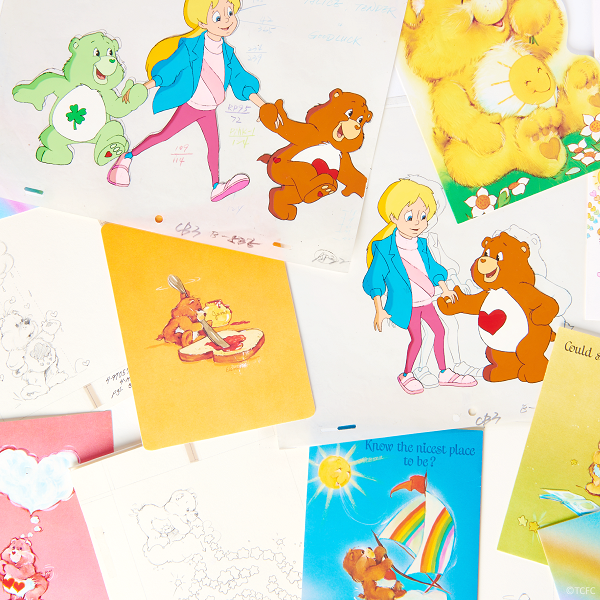 Back to the beginning…

Born in the eighties, Care Bears began as painted designs on greeting cards, but the characters were quickly turned into plush bears, and by the mid-eighties the characters were headlining their very own television series. By the end of the decade, these cute bears had even made it onto the big screen in three feature films! Hugely popular, Care Bears were a staple fixture in most girls’ toy collections and wardrobes in the 1980s.

A new millennium, a new generation of fans!

Of course, the Care Bears fun didn’t stop there. At the turn of the millennium, new Care Bears toys emerged – and with them came new animated films. Some ten years later, in 2012, a revival TV series titled Care Bears: Welcome to Care-a-Lot aired, and in 2015, Netflix premiered a continuation of that series, Care Bears and Cousins.

This momentum has since continued with the launch of Care Bears: Unlock the Magic, in 2019 – the latest Care Bears show. Introducing a new generation to these adorable characters, the series follows the adventures of Good Luck, Funshine, Cheer, Grumpy, and Share Bear.

Inspired by this new series and music channel on Moonbug, another exciting chapter came with the launch of a new collection of toys from Basic Fun! The collection includes a host of favourite characters to collect, with new and old favourite bears added to the mix on a regular basic! Be sure to read all about this year’s latest introductions: Dream Bright Bear and I Care Bear here. 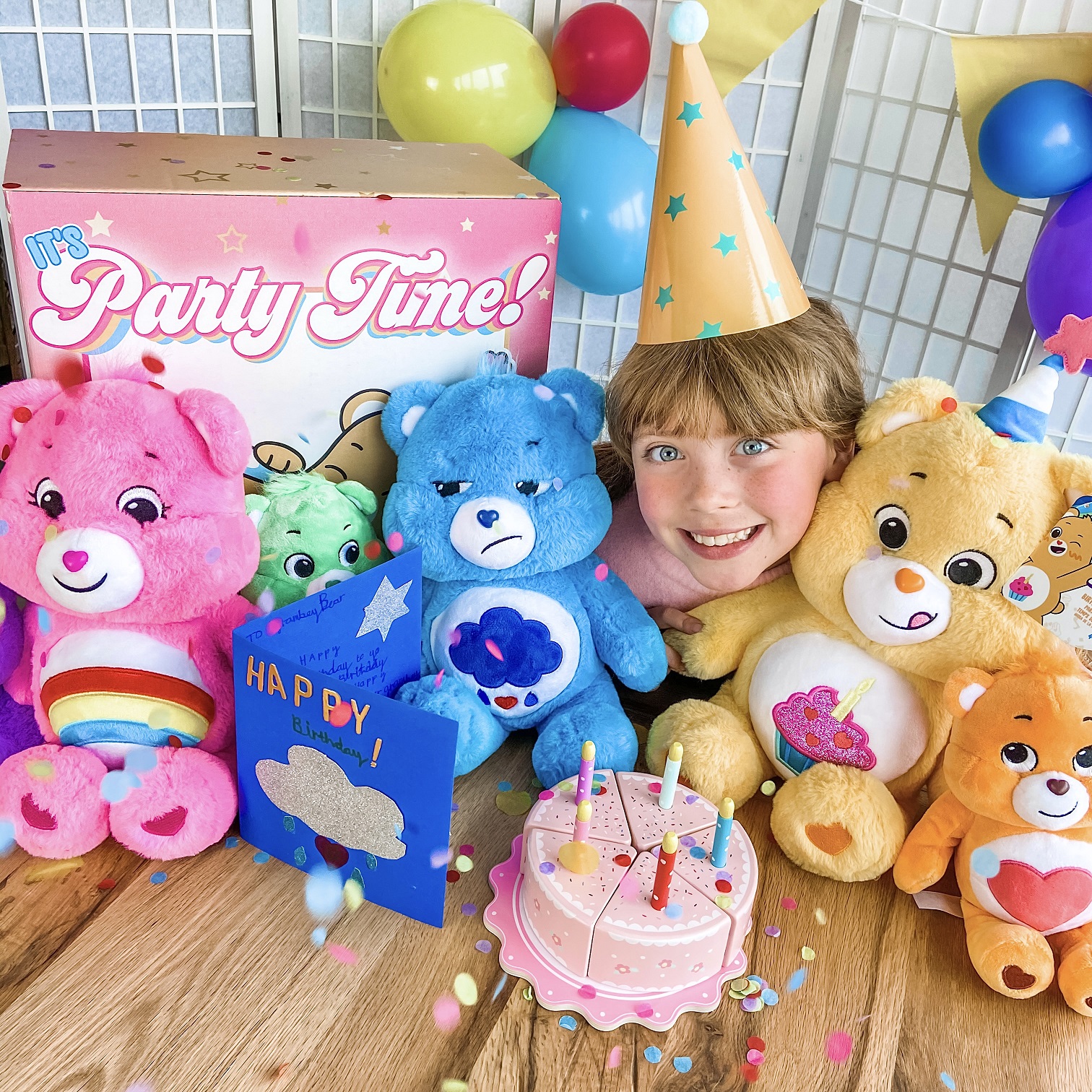 What’s to come in the big birthday year?

So, what can fans expect over the coming year? With the Care Bears turning 40 this year, there’s a whole lot of fun to come from these adorable, fun-loving bears… There will be an awesome new special edition Care Bear to commemorate the occasion within the Care Bears toy collection. Plus, so much more including instore competitions in key independent stores and Smyths Stay tuned by following @basicfunUK, it’s going to be a cute and colourful year!